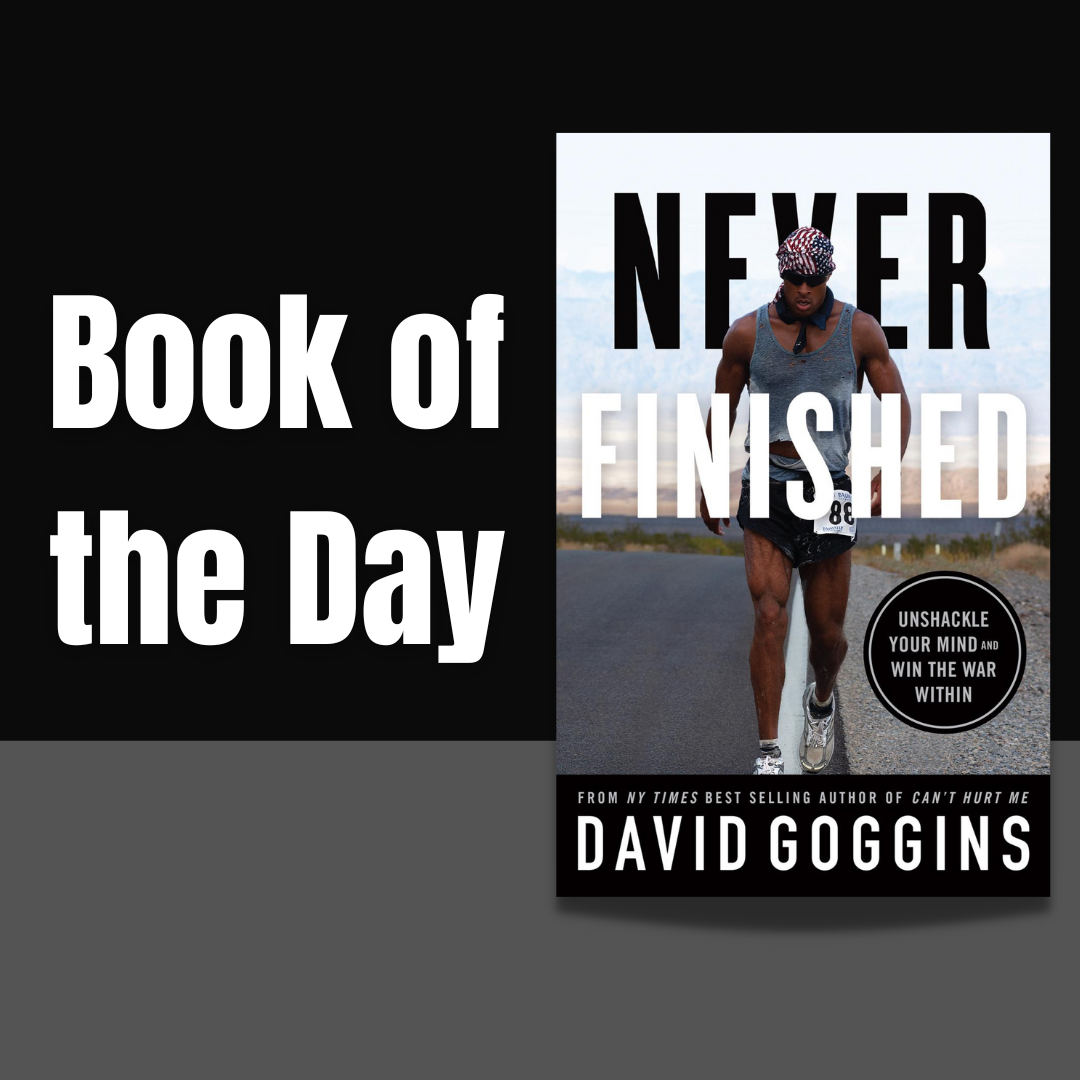 Never Finished: Unshackle Your Mind and Win the War Within by David Goggins

David Goggins set a new standard with his smash hit 2018 memoir, Can’t Hurt Me. Now, he welcomes readers back into his “Mental Lab” where you can learn the philosophy and psychology necessary to tap into your true potential and overcome what has been holding you back.

I’ve read Can’t Hurt Me multiple times. In my opinion, it’s one of the most influential books of our generation. Goggins’ life story is unlike anything I’ve ever read or heard. Very few have the fortitude to overcome the darkness and adversity that he was forced to endure. And even fewer have the ability to push themselves to the extent that he did to achieve his goals. When I learned that he was releasing a second book, I was ecstatic, and it did not disappoint. Never Finished is loaded with stories and lessons that will help you achieve what you previously would have never thought possible.

David Goggins is a powerful storyteller who leads from example. He comes from a place of unapologetic honesty and authenticity – and this makes his message all the more powerful. With his new book, he shows that realizing the power of your mind is just the beginning. When you think that Goggins has equipped you with everything you need to develop mental toughness, he reminds you that there is plenty of room for growth.

I have turned to Goggins and his teachings numerous times throughout my life. No matter who you are and what you’re doing, his philosophies are applicable. That’s what makes him such an influential person. We’re all on our own personal quests for greatness, and we all face our own demons in that process. If you’ve ever felt like you’ve lost your way or just if you want to be better tomorrow than what you are today, I recommend you read this book.

Both Can’t Hurt Me and Never Finished transcend the Self-Help genre and share a message that can help everyone in ever facet of life. I promise, this book won’t disappoint.