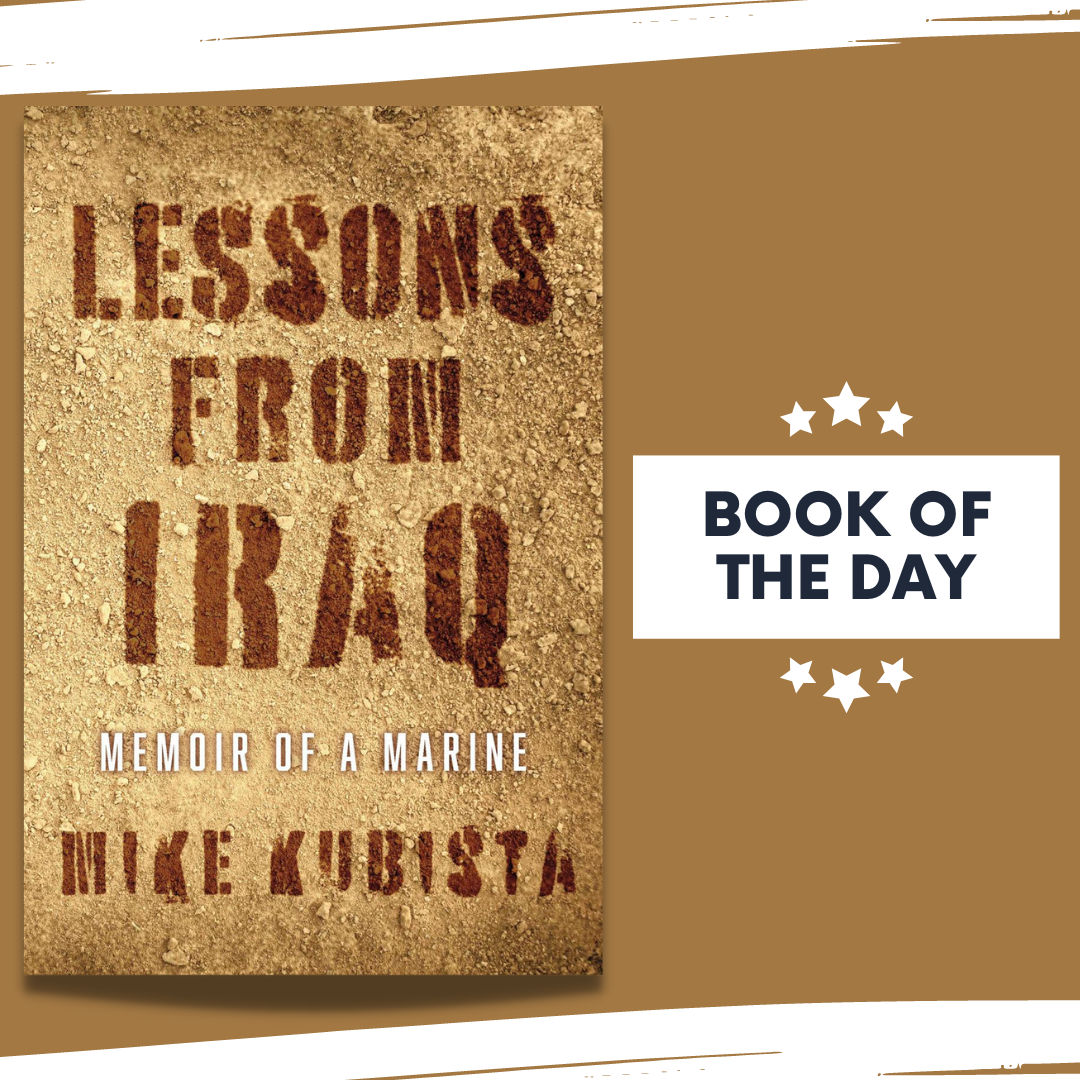 Lessons from Iraq: Memoir of a Marine by Mike Kubista

Author Mike Kubista is one of the most gifted storytellers I’ve ever come across. His new memoir, Lessons from Iraq, is a captivating, page-turning masterpiece that allows readers to experience the chaos of war. If you’re interested in understanding what really happened during the Iraq War, from the perspective of a man who lived it, you absolutely must read this book.

While soldiers fought in Iraq, it was oftentimes business as usual in the United States. Mike Kubista points out that unlike other wars, Iraq was rather unique since so few members of the American population were affected by it. When you think about the two World Wars, Korea, and Vietnam, the conflicts profoundly impacted daily life in America. Almost everyone you met had some connection to the wars – and almost everyone had something to lose. That was not the case with Iraq.

While soldiers went to war in the early 2000s, kids were back home playing video games of the same battles men were fighting. Society rapidly moved ahead. This powerful book reminds us that war creates a gap between those who experienced it and those who did not. In the detailed stories from this book, Mike Kubista closes some of those gaps.

Throughout this book, you’ll feel the world through Mike’s eyes – a young machine gunner who was sent in to combat at the very beginning. His experiences range from the initial 2003 invasion to gunfights, brushes with prisoners of war, IED explosions, and mortar attacks in the Al Anbar province when the whole world seemed like it was on fire. A lot of this book is about giving people context. It also weaves in the history, politics, and decisions that ultimately led to the destruction of so many lives.

You’ll laugh, you’ll cry, you might even find yourself angry. But there is so much to learn throughout this memoir – and it’s a powerful reminder that every veteran’s service was incredibly significant. I felt an enormous amount of gratitude for Mike, and other veterans, while reading. A skilled writer, Mike is able to put every aspect of war into words – from its horrors to its comedies.

Lessons from Iraq is one of this year’s hottest selling books and deservingly so. I found this book to be riveting from its very first page. No matter who you are, or what your experience is with the Iraq War, there is something to be learned from this book.