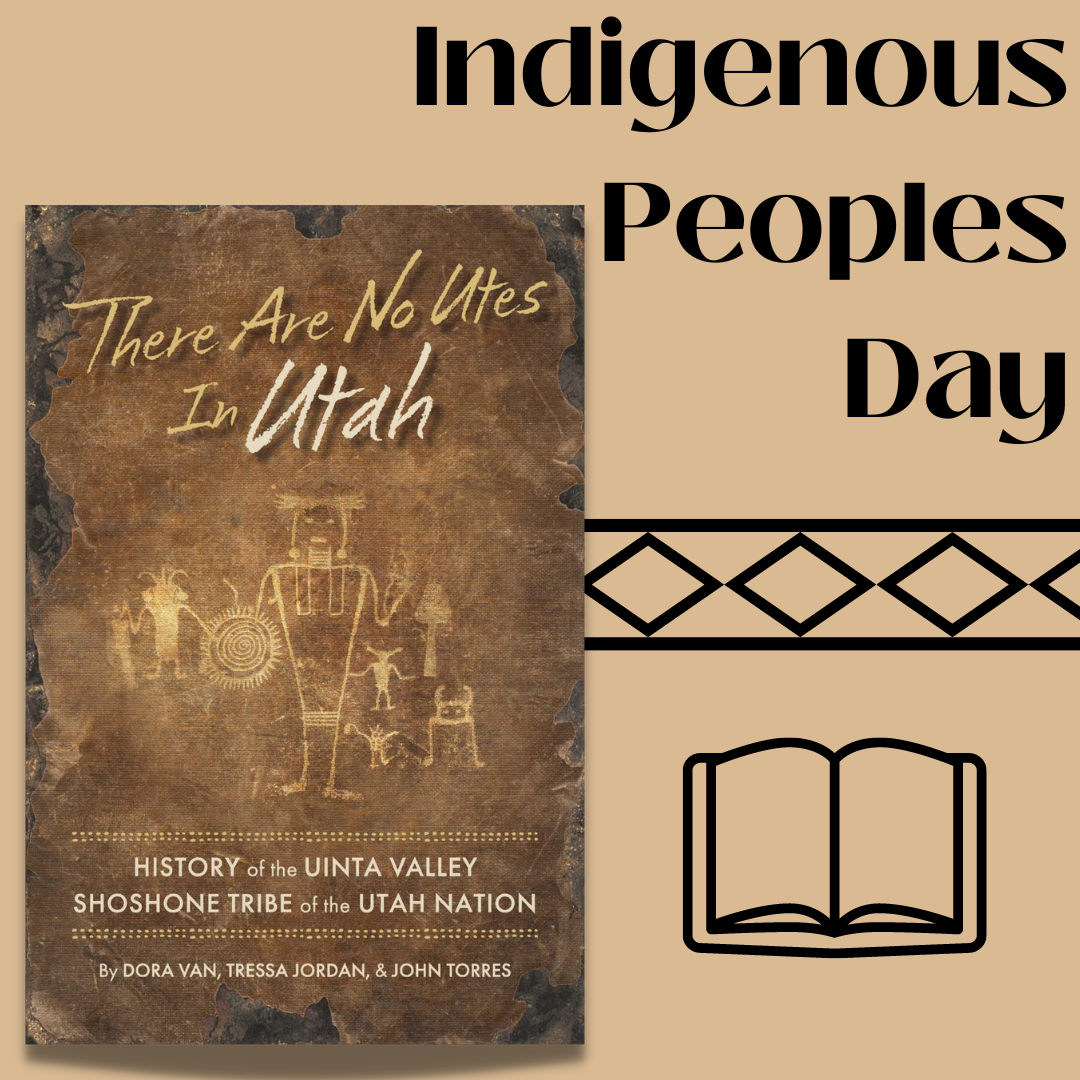 There Are No Utes in Utah: History of the Uinta Valley Shoshone Tribe of the Utah Nation by Dora Van, Tressa Jordan, and John Torres

There Are No Utes in Utah is an excellent read, and one that is particularly relevant as we celebrate Indigenous Peoples Day in the United States. By combining anthropological studies, federal records, and period newspapers, the book discusses the impact of Euro-American invasions, settlements, wars, reservations, and federal policies pertaining to Native Americans.

You might know it as Utah, one of our fifty states. But the territory has been home to Native Inhabitants for generations – dating back to before the 1100s. The Native Inhabitants of the Utah Territory have a fascinating history and rich culture. This book does an excellent job sharing that history with readers who are unfamiliar with the people and their layered past.

If you are looking to learn about the Native Inhabitants of the Utah territory, this book is a must-read. You’ll learn about their long and eventful history. From the ancient Fermont Indians to the historical tribes of the Utes and Shoshones, there is so much to gather and learn from the people who have called Utah home for almost a thousand years. Indigenous history is American history, and there is much to be unpacked in these pages.

The book was written by Dora Van – the Chairwoman of the Uinta Valley Shoshone Tribe. She’s an impactful leader and under her watch, the people have remained unified and viable. She currently lives on the Uinta Valley Reservation, also known as the Uinta & Ouray Agency, in Utah.

One of the best ways to celebrate Indigenous Peoples Day is to read books like this so you can learn and appreciate the culture of those who inhabited the land before anyone else. Dora Van does an excellent job sharing both history and culture. Her book will help you understand her people, what they’ve been through, and what challenges they continue to face as they remain impacted by federal policies that resulted from European and American settlement and invasions.