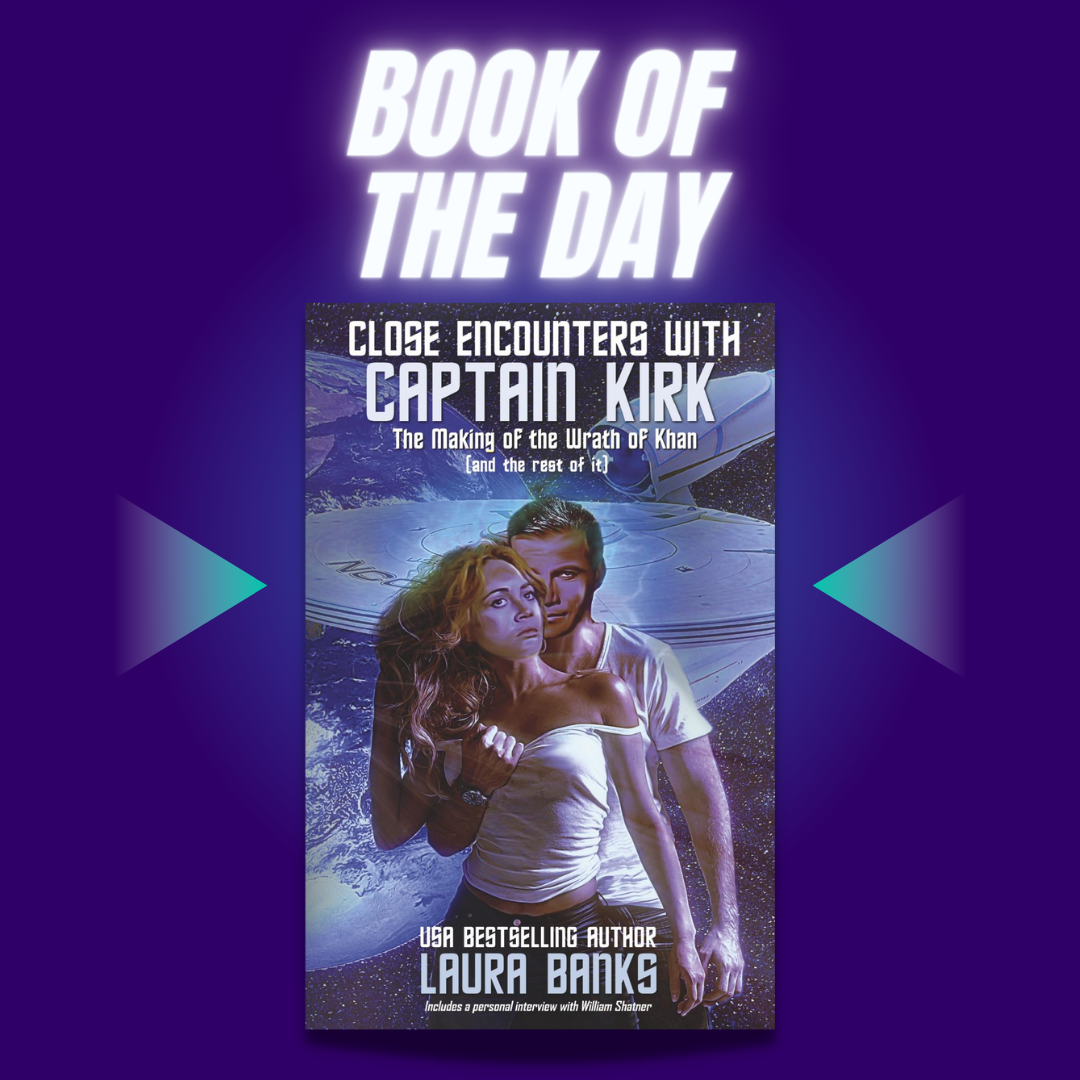 Close Encounters with Captain Kirk: the Making of The Wrath of Khan and the Rest of It by Laura Banks

This new release on Bookshop is an absolute must-read. Written by USA Today bestselling author Laura Banks, her riveting memoir shares a deep dive into her taste of fame while piloting the Reliant in Star Trek II.

If you are interested in Star Trek, acting, show business, or just the fascinating complexities of life in Hollywood, this is the book for you. Banks’ writing is humorous, vulnerable, and honest, and I couldn’t get enough of her story. She elaborates on her time at Paramount Pictures and shares captivating stories about her experiences with various celebrities in Hollywood. She describes times in Los Angeles when she hung out with Robin Williams, Andy Kaufman, and David Letterman at the Comedy Store. The book shares a life story like no other, and is an invaluable tool to gain insight into the realities of a tumultuous industry.

Like many other actors, Laura escaped her hometown in Kansas and made a leap of faith to California. That leap brought extraordinary moments – like her experiences dating William Shatner, and working with Whoopi Goldberg in the improv troupe, “Spontaneous Combustion”. But it also brought unique challenges like surviving sleazy agents, navigating the male-dominated world of comedy clubs, and action pictures that almost killed her. Readers everywhere will be blown away by her experiences and stories that paint a picture of a life in film and comedy.

The book is wonderfully written. Laura Banks has a way of connecting with readers through her candid and honest style. There’s so much to take home from reading this book, and as we celebrate the 40th anniversary of Star Trek II, the Wrath of Khan, it’s the perfect book to embrace our nostalgia for the timeless saga. But beyond Star Trek, the book is a thought-provoking examination of a life that very few understand. Laura’s story is engaging, funny, and inspirational. It reminds us to never give up on our dreams.

After making her debut in Star Trek, The Wrath of Khan, Laura Banks starred in three films for Roger Corman. She went on to have a magnificent career as a stand up comedian and improviser with Whoopi Goldberg. She has been featured on ABC World News, MSNBC, Fox News, People Magazine, the Los Angeles Times, the New York Daily News, USA Today, Publisher’s Weekly, and the New York Post.