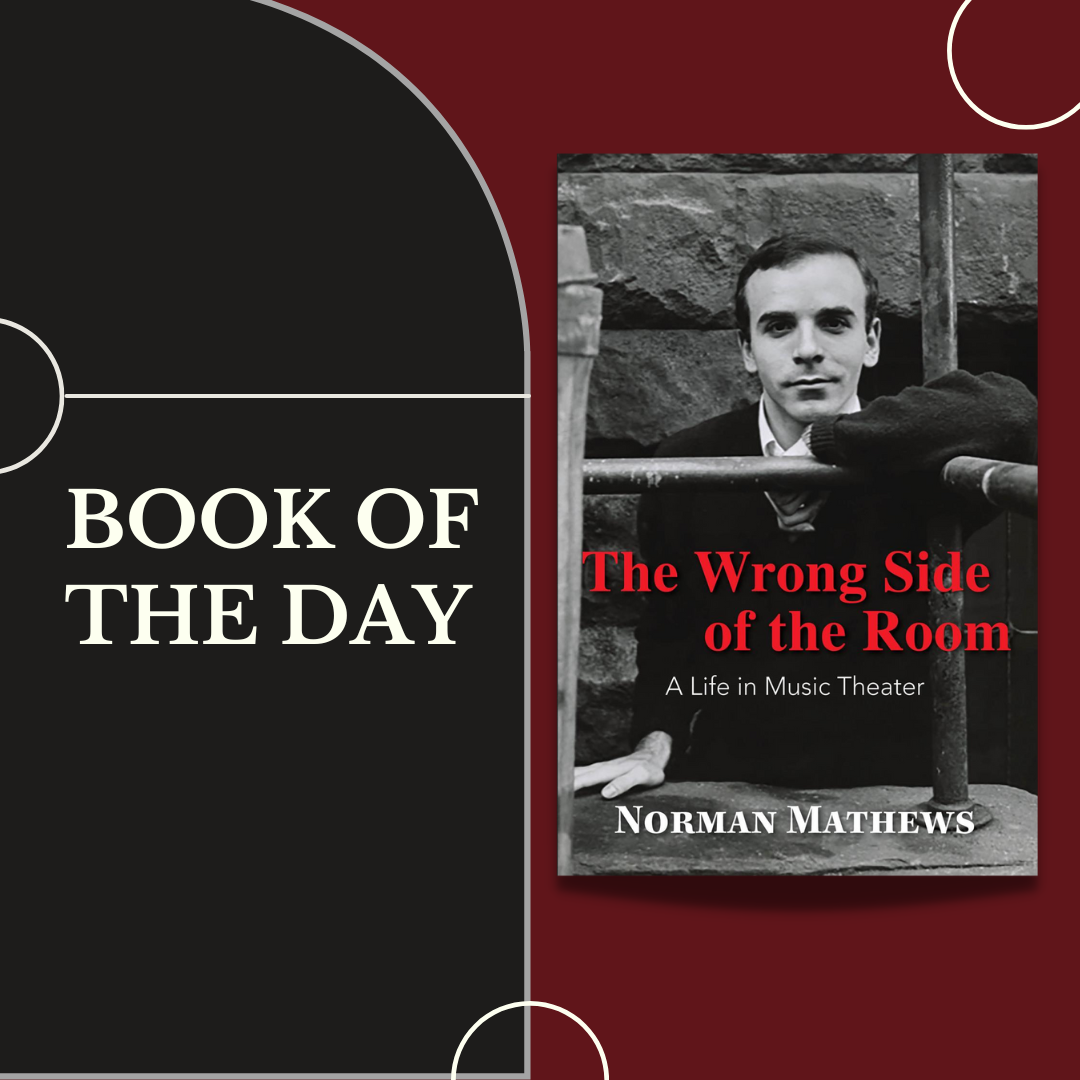 The Wrong Side of the Room: A Life in Musical Theater by Norman Mathews

Norman Mathews’ autobiography, The Wrong Side of the Room: A Life in Musical Theater, is a multidimensional masterpiece that reminds readers there is hope, no matter what. In the book, Mathews shares his fascinating life story. It’s a tale of a small-town boy who grew up to be a dancer on Broadway and movies, and after a severe back injury, he reinvented himself to become a composer and playwright. It’s rich with compelling and at times heart wrenching details about coming of age, coming out, and becoming a respected artist.

As I read through the book, I was simply blown away by Norman Mathews’ writing. His storytelling is conversational yet elegant. Mathews is honest, thoughtful, and flat out inspiring. He was never dealt an easy hand. In his harrowing journey to a life of love, music, and theatre, Mathews suffered psychological abuse by a priest through horrific psychotherapy. It led to a failed suicide attempt when he was twenty. But, when he was at his lowest and surrounded by darkness, he had the tenacity to rise up and create a deeply meaningful life. You’ll follow along as Mathews builds a career as a magazine editor and eventually as a Broadway and movie dancer who worked with greats like Barbra Streisand, Gene Kelly, Dorothy Lamour, and Michael Bennett.

The Wrong Side of the Room offers a one-of-a-kind look into the unique struggles that exist in the performing and creative arts. It also is an empowering reminder that you can build a fulfilling life as an LGBTQ person, regardless of traumatic setbacks and cultural intolerance. I was deeply moved by Mathews’ ability to survive seemingly insurmountable odds and build the life of his dreams. It’s a triumphant story about the human spirit and its ability to overcome. Beyond that, he found a way to both thrive and find a fulfilling love.

The book itself is steeped in dark humor, hilarious celebrity gossip, and backstage intrigue. It reminds us that you don’t need to be a household name celebrity to have a powerful story to tell. In fact, Norman Mathews’ story is on par with some of the most iconic and renown memoirs to date. Just as the author wears many hats, I believe this book has relevant appeal for all readers. However, it will be particularly compelling for those involved with dance and musical theater, along with the LGBTQ community and Sicilian Americans.

The Wrong Side of the Room is a perfectly executed, thoughtful, and phenomenal read that takes you on an astounding journey like no other. I hope you take the time to read it this holiday season. You’ll be blown away by Norman Mathews and his unforgettable story. You can stay up to date with Norman and his work by visiting his website.