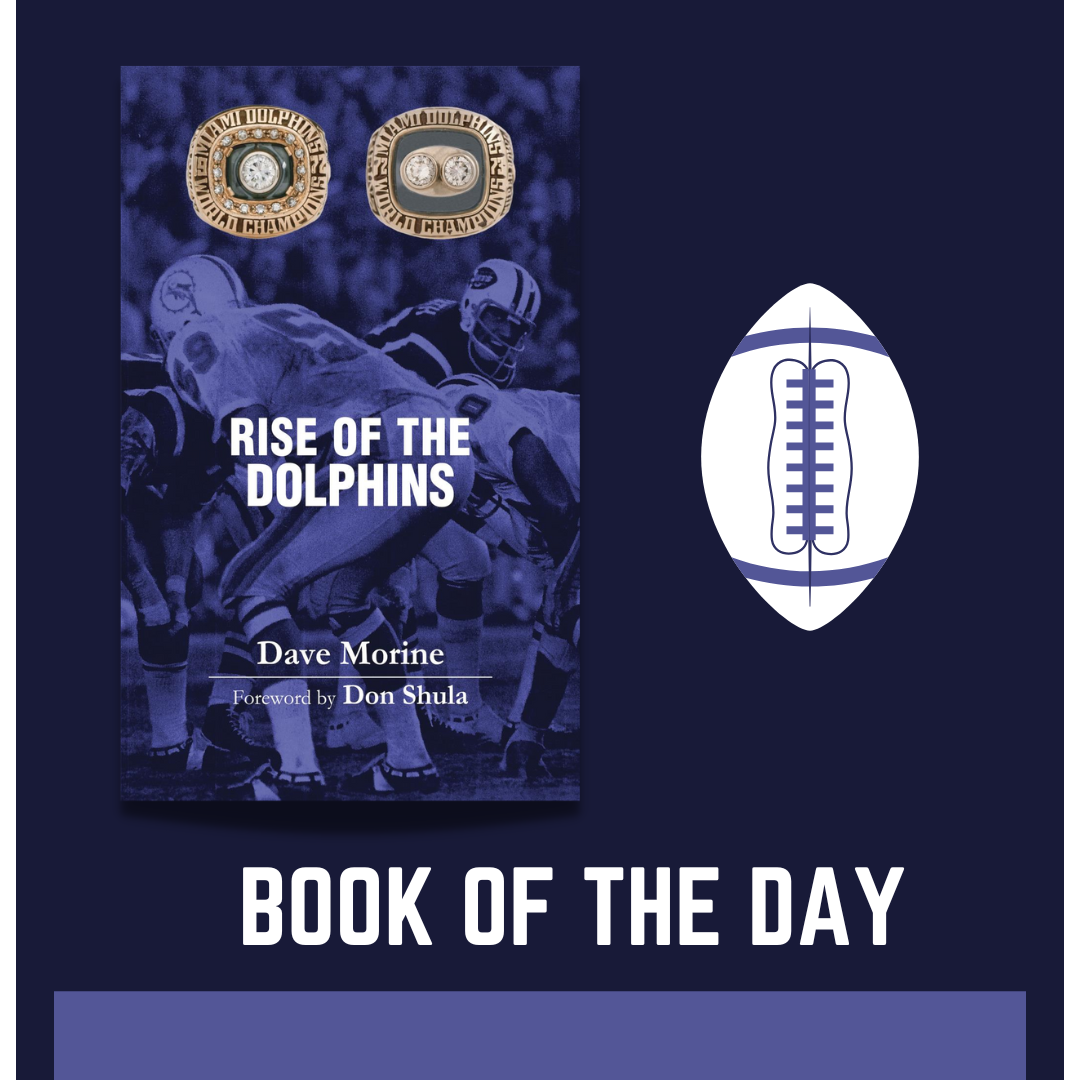 Rise of the Dolphins by Dave Morine, Foreword by Don Shula

We’re halfway through the NFL season, and I find myself completely engrossed in the parity of the league. Of course, my beloved Philadelphia Eagles are soaring high, but there is one team far down I-95 that’s taking the league by storm – The Miami Dolphins. Led by a talented young quarterback, a cutting-edge head coach, and the most electrifying wide receiver in the league, the Dolphins sit atop the coveted AFC East. But this sparkling team that is heating up the AFC came from humble and fascinating beginnings. In his book Rise of the Dolphins, Dave Morine shares the franchise’s compelling history from being a perennial doormat to one of the most dominant teams to ever play in the NFL. It’s a must-read not only for Dolphins fans, but all with an interest in the NFL.

When Don Shula took over and began coaching the Dolphins in 1970, they were perpetually at the bottom of the heap. But, between the years 1970 and 1975, they became one of the most iconic and dominant teams to ever play in the NFL. With that, the 1972 team remains the only team ever to have an undefeated season. As the Dolphins discovered their winning ways, former NFL Commissioner Pete Rozelle was growing the league to transcend sports and become one of the greatest entertainment businesses in the world. Rise of the Dolphins masterfully chronicles these two events through the eyes of Doug Swift, the unlikely starting linebacker for the team’s iconic “No Name Defense”.

Author Dave Morine does an incredible job evoking nostalgia and sharing a remarkable story about an iconic team, NFL history, and a fascinating person. By sharing Swift’s recollections, readers gain access to memories of many of the League’s biggest stars and some of its most memorable games. The book is so much more than an autobiography. It tells an engrossing story about people who achieved greatness that could never be reciprocated.

As you come to understand the fascinating history behind the Dolphins and the NFL, you’ll also find yourself absorbed in the deeply human side of Doug Swift’s story. Coming from Amherst College, a small Division III school, Doug had no business playing professional football. He was an undersized linebacker who lacked speed and athleticism – but made up for it in sheer discipline, determination, and fortitude. He is truly one of the most fascinating and remarkable players in NFL history. So, experiencing these iconic years through his point of view was nothing short of incredible. There will never be another Doug Swift, and there will never be another team like the 1972 Miami Dolphins. This book brings such original and extraordinary value – as it seamlessly chronicles this unrepeatable feat. It’s a rich account of both history and greatness.

Dave Morine’s writing is superb, and his book is an absolute must-read work of non-fiction. If you love the NFL, professional sports, and of course, the Miami Dolphins, this book has to be on your list. It’s interesting, engaging, and at time humorous. The book takes you back in time and helps you both understand and appreciate greatness – while anchoring you back to the present with a newfound perspective. You’ll find that the NFL, the league that has captured America’s soul, would not be the same without the Miami Dolphins, Don Shula, and Doug Swift.