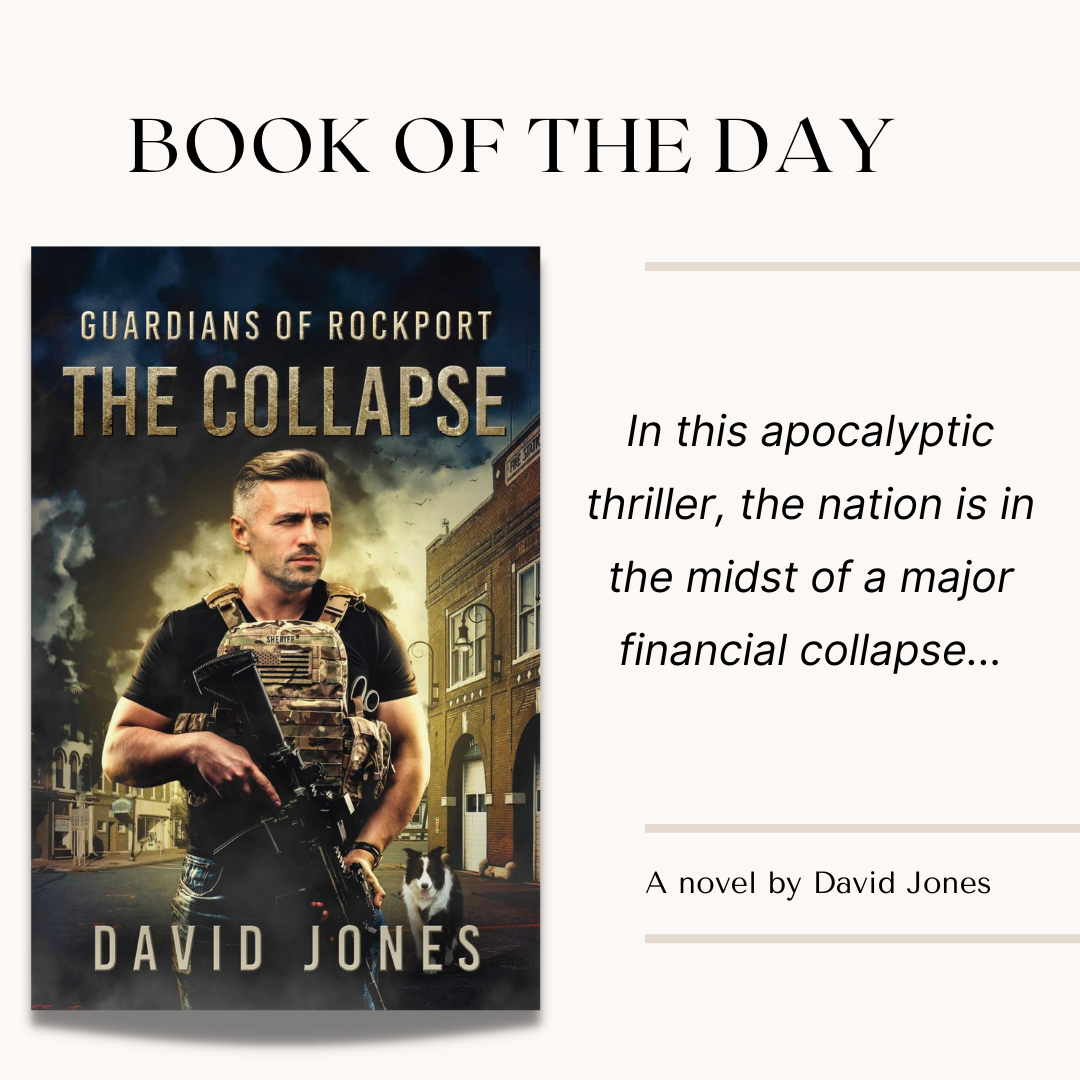 Guardians of Rockport: The Collapse by David Jones

Guardians of Rockport: The Collapse is an action-packed, perfectly executed novel that needs to be on your reading list. It’s an apocalyptic thriller that is strikingly relatable, and is filled to the brim with compelling characters and unpredictable plot lines. The book demonstrates fiction at its best – as the author’s real world experiences beautifully blend into his creative storytelling.

In this apocalyptic thriller, retired Air Force OSI (Office of Special Investigations) Special Agent and Wisconsin State Trooper Doug Chapman has prepared his family for the worst. The United States is facing financial collapse as it is pulled into regional wars in Europe and Asia. When a possible cyber attack shuts down phone lines and the internet, society as we know it collapses. Chaos is the new normal. Now, Doug’s community needs him to step up again – but he can’t do it alone. With a team consisting of volunteer firefighters, teachers, and military veterans, they must come together to help the town of Rockport survive the collapse.

Throughout this enthralling novel, you can see the author’s subject matter expertise and his skillful writing mesh in a magnificent manner. Like the protagonist, author David Jones is a retired Special Agent with the Air Force Office of Special Investigations. Throughout his career, he conducted hundreds of criminal investigations, counterintelligence, and anti-terrorism operations across the world. He also was sent on eight deployments to the middle east, and served several years in Europe.

In his book, he strategically implements personal experiences into the narrative to give the book a distinct sense of authenticity. Because of this, the apocalyptic themes feel eerily realistic – as you come to understand that the threat proposed by the novel is not that far-fetched. An impressive fiction novel has the ability to make you think closely about the real world you live in – and this book certainly does that. David Jones effectively constructs a fascinating plot that will make readers think more critically about the world and current events.

Guardians of Rockport is exciting from beginning to end. David Jones is a game-changing author who shows that he is a name to be remembered in the fiction space for years to come. You can learn more about the author and the book by visiting his website.