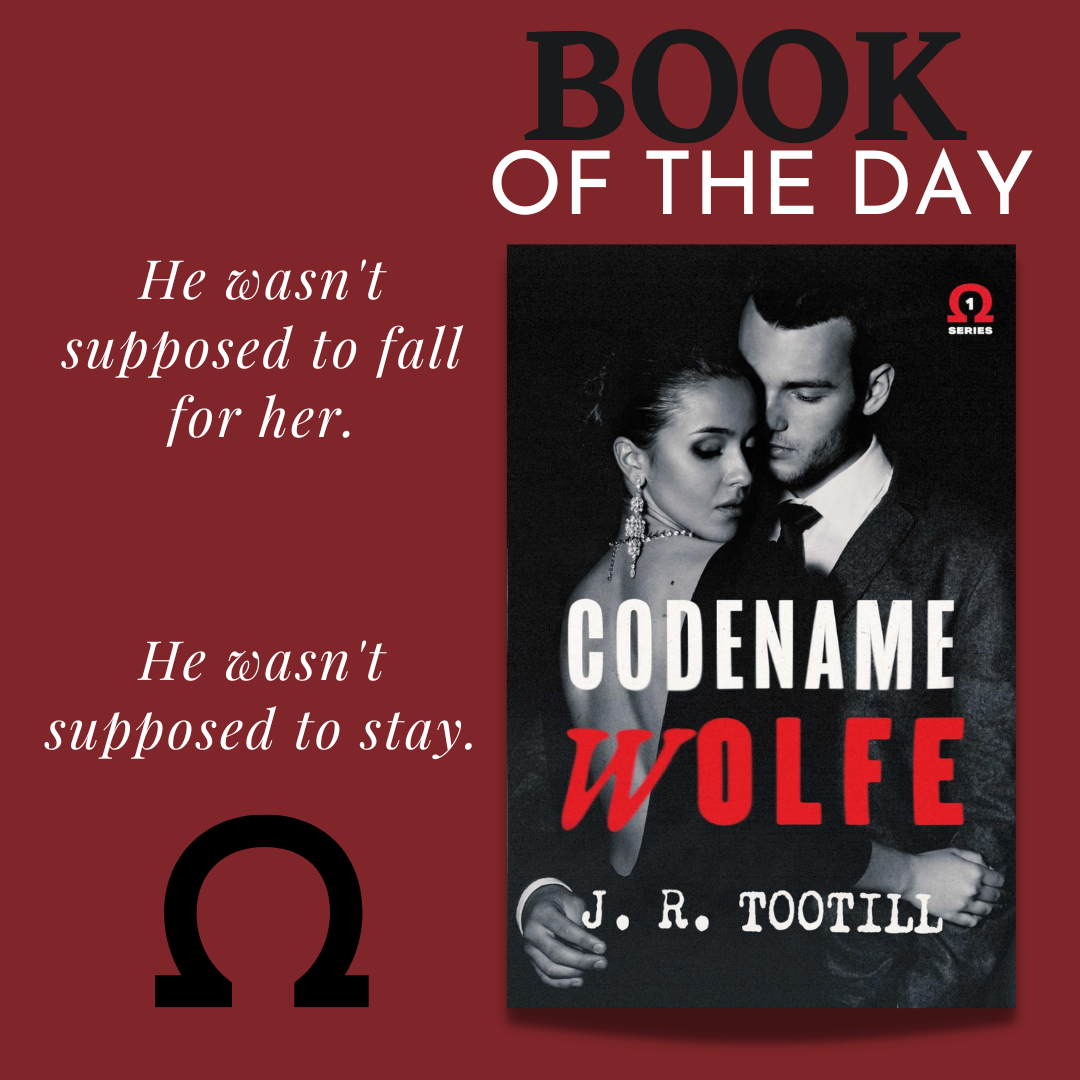 This first installment of The Omega Series is quite the introduction to an enthralling saga. Codename Wolfe is a captivating and dramatic romance with deeply layered characters. Masterfully written, the book reminds us that no love story is seamless.

Agent Bradly “Wolfe” Tucker is a former SEAL, a current FBI agent, but when it comes to one woman, he wants to be someone else. All it took was one look into her eyes at a bar for him to want to stay in Philadelphia despite previous plans to leave after a few days on a case.

Agent Leda finds herself out of options. Three women are dead, evidence is lacking, and nothing makes sense. As her path crosses with Tucker, an unlikely romance begins despite both being guarded. Leda herself is a survivor. She lived through a botched FBI OP that left her with PTSD and a prosthetic hand that reminds her every day she is broken. She has a hard time believing that anyone could love her – and she protects herself by remaining guarded. Tucker loses himself every time he looks into her eyes, but will she ever fully let him in? If she opens her heart to him, is it the path towards true safety?

This character-driven novel is rich with complexities that you’ll uncover, page by page. Author J. R. Tootill does such a wonderful job constructing the narrative and delivers in her efforts to tell a love story about overcoming brokenness. Her fascination with how people can rebuild their lives from hardship fuels The Omega Series. Despite her characters all being damaged and scarred, the novel has a fascinating way of making readers feel good about it. Believing in happy endings, the book reminds us that love should be hard sometimes. Being damaged is okay. What matters is our ability to become whole again.

If you are a romance reader, particularly if you enjoy military/protector/alpha romance, you will love this novel. It’s perfectly written, intense, and compelling from beginning to end. You’ll find that sometimes letting someone in is the hardest step. Once you do that, extraordinary things can happen. Get your copy today and dive headfirst into The Omega Series! You will not regret it.