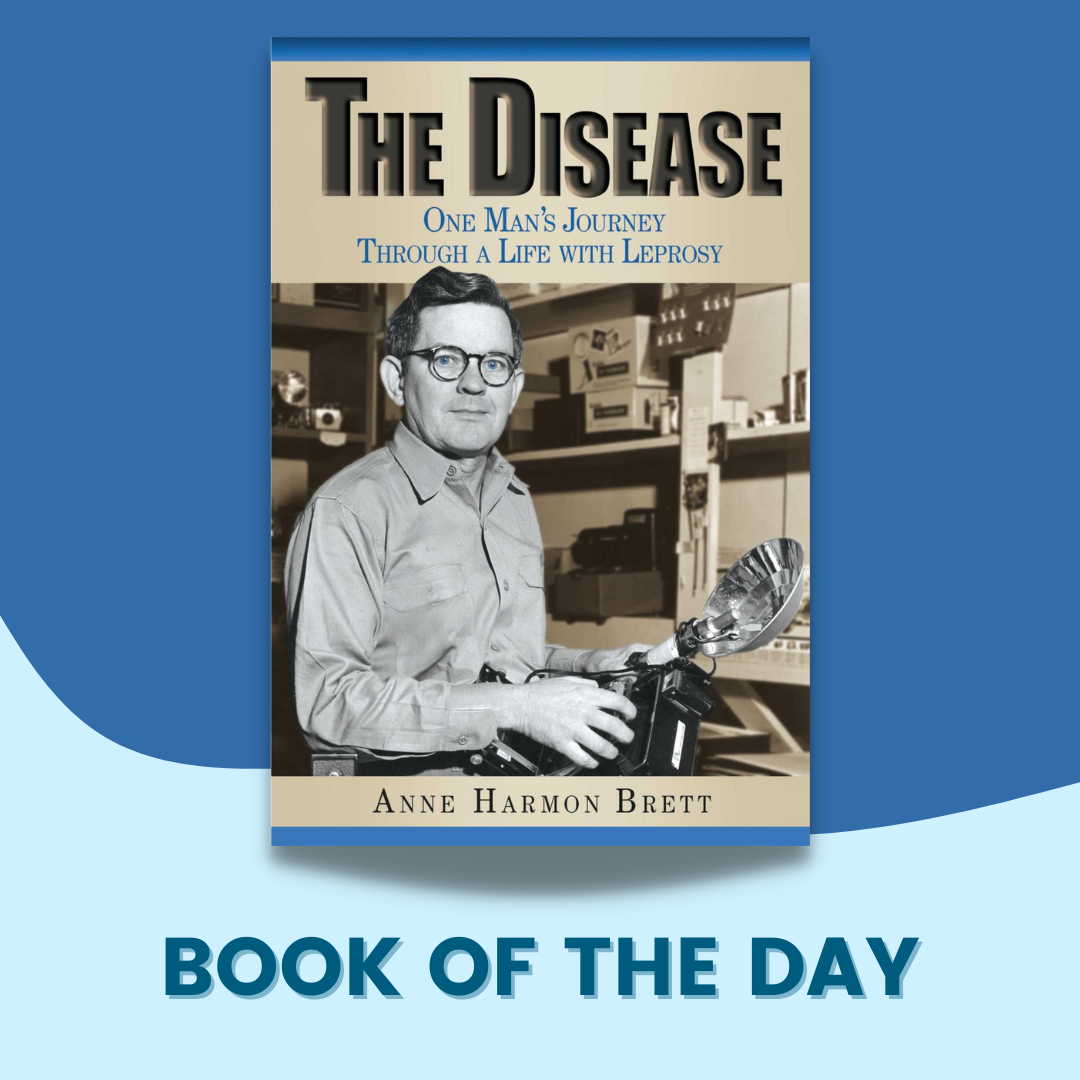 The Disease by Anne Harmon Brett

The Disease is a fascinating autobiography that tells a story of fortitude, determination, resilience, and courage. But beyond that, it’s also a powerful story of love’s unbreakable spirit. The book was written by Anne Harmon Brett, the daughter of Johnny P. Harmon. When he was just 24 years old, Johnny contracted leprosy and was sent to the National Leprosarium, a prison-like facility in Carville, Louisiana. For some, this would have been catastrophic. But for Johnny, it was an opportunity to build a unique and fascinating new life.

At this time, leprosy patients were some of society’s most ostracized members. In Carville, patients were treated like they were in-mates, locked away and kept behind barbed wire fences. Whenever I read books like this, I’m always reminded that there is so much American history that I have yet to uncover. During the early and mid-20th century, most would crumble upon being diagnosed with one of the most feared diseases in the world. But when Johnny was forced to relocate to Carville, he turned it into an opportunity to create a meaningful life.

In his new life, Johnny established a successful photography business, became a passionate advocate for the patients, and fell in love with another patient. This story is so many things. But for me, it stands out as a love story. During this time, patients were discouraged from marrying, and certainly discouraged from having children. But nothing could suppress Jonny’s fortitude to live the best life possible no matter the circumstances.

The book also contains 30 images of Johnny’s photos, paintings, cartoons, and illustrations so you could get first-hand access to his work. I highly recommend this masterpiece of non-fiction. Since the book’s release, it has received high praise from readers and critics alike. Beyond being a fascinating story, The Disease shares valuable historical lessons that I personally learned for the first time. I imagine there are many others like myself who were never made aware of the severe impact leprosy had on daily life. Despite dealing with heavy topics, it is a triumphant story that you should read.