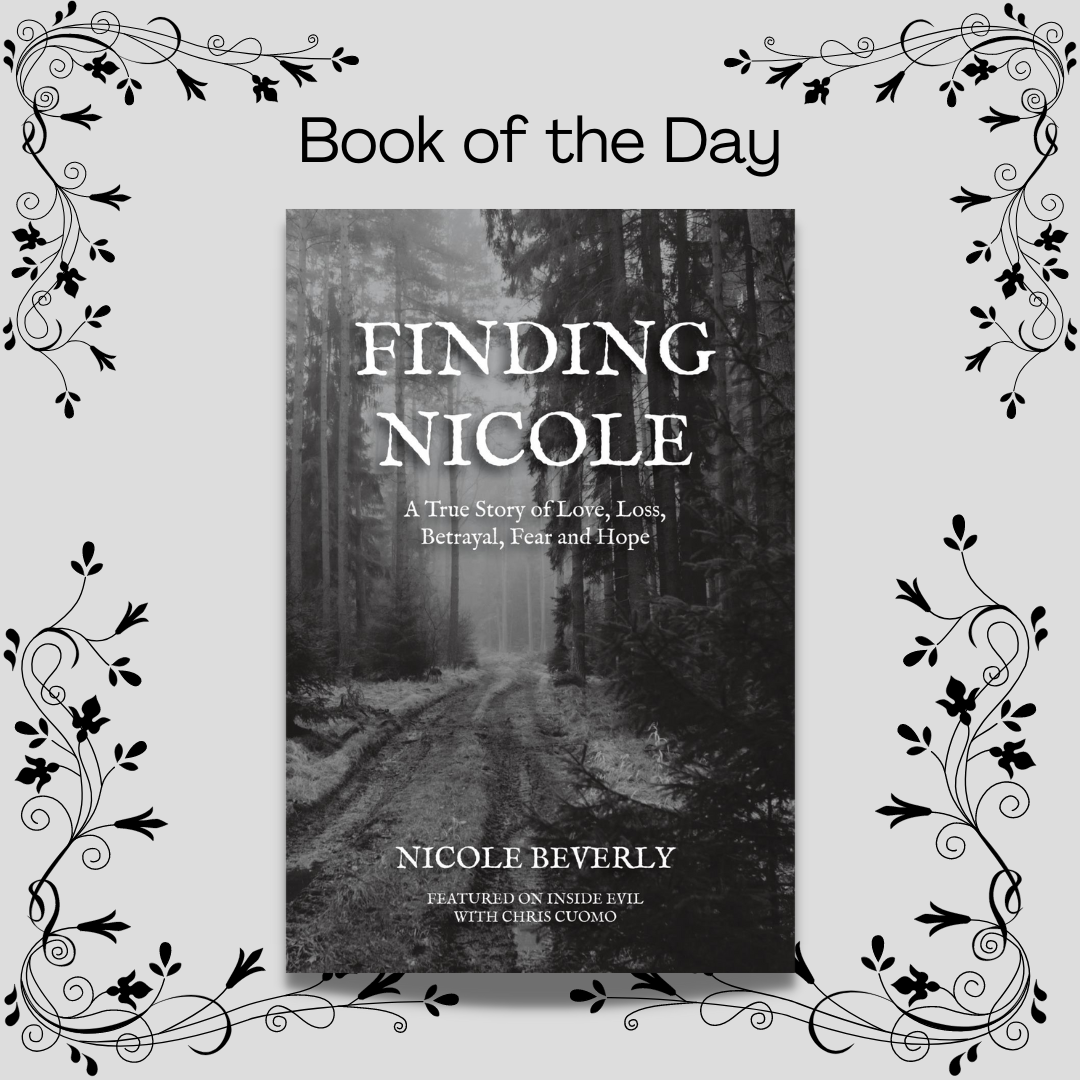 Our Book of the Day is a breathtaking true story of love, loss, betrayal, fear, and hope. Finding Nicole shares the powerful true story of Nicole Beverly’s determination to survive despite her ex-husband’s attempts to hire inmates to kill her from prison. The book is now licensed to become a movie that is set to be released in 2023.

Although the book is filled with darkness and terror – it is also a triumphant story of survival. Beyond that, it serves as a guidebook for victims and survivors of domestic violence, stalking, and toxic relationships.

Nicole met her ex-husband while in college. Over the course of of the next ten years, he became increasingly more abusive and violent. Despite her fear, she mustered up the courage to leave him in 2009. She confronted stalking, threats, and harassment for the next two and a half years until he was convicted.

The book shows that despite small wins, abuse lingers like a virus. Nicole’s abuser continued to torment her and her children from prison. He attempted to hire multiple inmates to kill them during his incarceration.

As I was reading the book, I was shocked and disheartened by the systemic failures that allowed Nicole’s abuser to continue haunting her. It was eye opening to learn about law enforcement errors, and miscommunications in the legal system that continued to put Nicole and her children in danger. But despite facing these horrors every day, Nicole made the courageous decision to stay and fight for herself and for her kids.

Through the use of social media, she enlisted the help of family, friends, and other survivors to share her story and plead with the authorities to keep her safe. As her story went viral, her efforts paid off and her case was picked up by the Attorney General of the State of Michigan. After more court hearings, Nicole’s abuser was finally found guilty of new charges and sentenced to 11 more years in prison.

This is not your casual weeknight read – it is a frightening real life story of abuse that also unveils one woman’s indomitable spirit. Nicole Beverly is not just a survivor; she is a hero. She is a hero who saved herself, her children, and is doing work that will save so many other victims in similar circumstances.

Finding Nicole is a book everyone needs to read, not just survivors. You’ll embark on a rollercoaster of a journey that will make you question everything you take for granted with the justice system. It will ignite your inner fire to join the fight against domestic violence.

In addition to becoming a film, her story has been shared through several news outlets, and was featured on Inside Evil with Chris Cuomo.

Visit The Enough Initiative to learn more about Nicole’s mission and join the cause to prevent domestic violence through education.