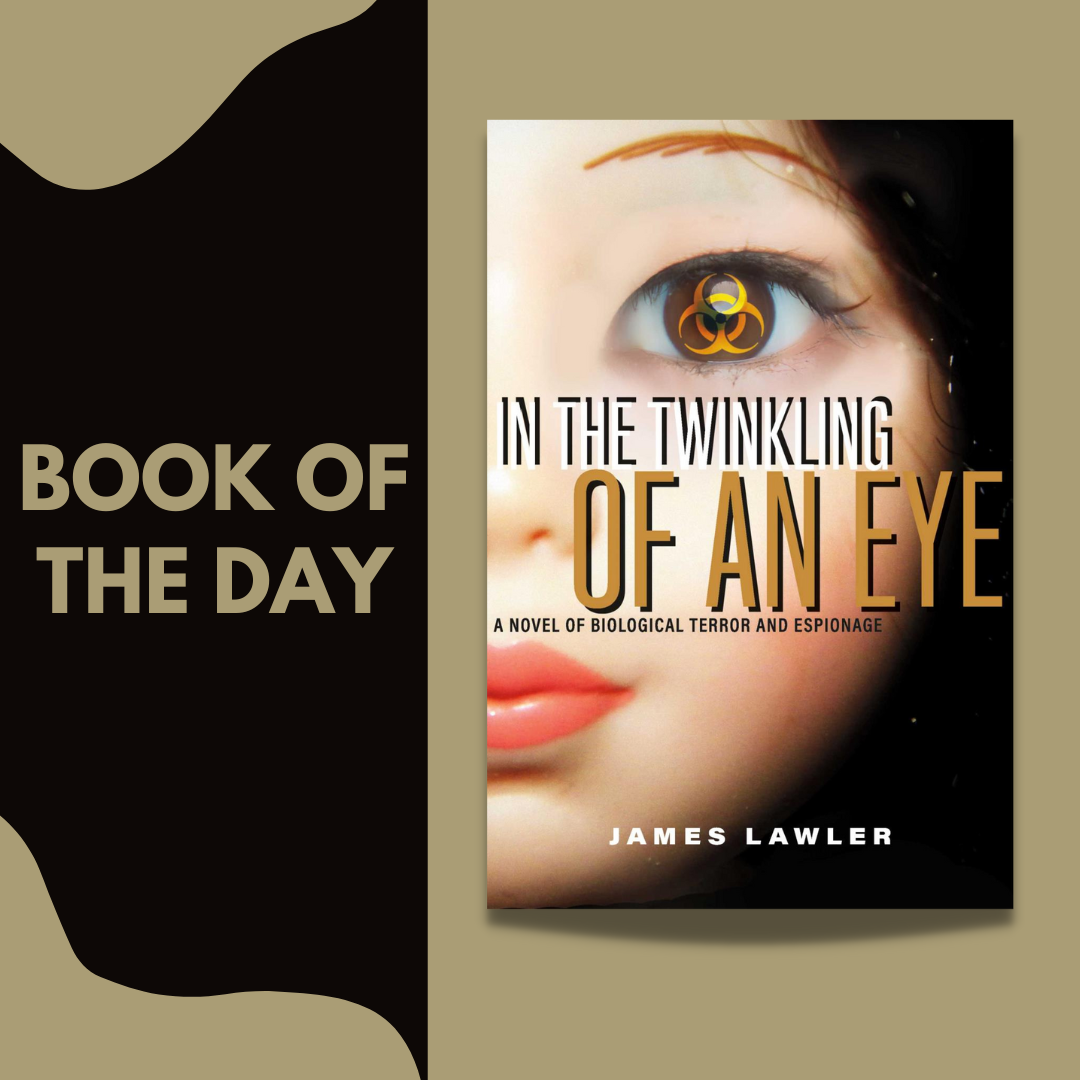 In the Twinkling of an Eye by James Lawler

James Lawler’s novel, In the Twinkling of an Eye, takes readers on a heart pounding, thrilling journey. I always say that writers write what they know. This espionage thriller fits right into that statement. Filled with several compelling themes, the novel focuses on a Russian-North Korean conspiracy to develop a devastating biological weapon for assassination, terror, and genocide. James Lawler, the author, is a senior CIA operations officer who has spent his career battling the spread of weapons of mass destruction.

The book introduces you to two main characters. The first was just a teenager when he lost his father and his own left eye to the Chernobyl nuclear disaster. However, he managed to escape and become a genetics engineer at Moscow State University. While working there, he joins a well-funded genetics institute where he hopes to develop a solution better than CRISPR to cure his daughter’s leukemia – a result of her damaged genes she inherited from his radiation exposure. However, the fancy new institute is actually a cover for a Russian intelligence service that is developing advanced genetic bioweapons with the North Koreans for terror and genocide.

And then there is a young North Korean girl who flees to South Korea. Her father and brother both die trying to escape. After she is adopted by a Korean-American US military officer, she grows up to be a special FBI agent devoted to battling weapons of mass destruction. Her fascinating story starts parallel to the Ukrainian scientist, but soon their lives collide in extraordinary fashion. Together, they must work together to prevent Russia and North Korea from using bioweapons for the assassination and mass murder of regime opponents.

The novel is suspenseful, addicting, and wonderfully written as it is sprinkled with humor despite its serious nature. Although it is a work of fiction, the novel’s elaborate details emphasizing the real threat of a nuclear crisis are both haunting and fascinating. This must-read book is a perfectly executed exploration of bio terrorism that is rich with compelling characters and an unpredictable plotline.