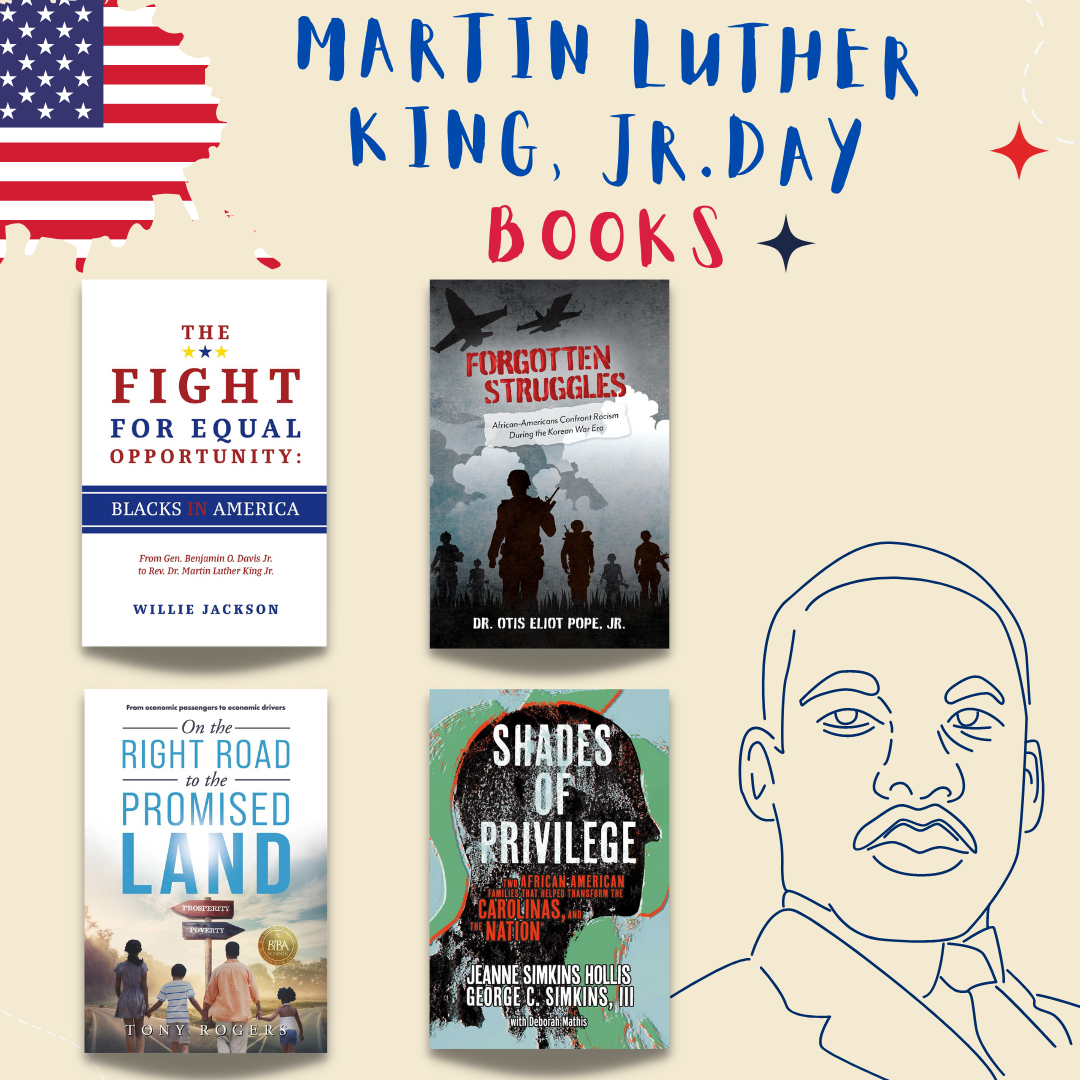 With our recent celebration of Martin Luther King Jr. Day, it’s appropriate to spend some time thinking about his life and achievements. There are many ways to honor such an extraordinary man. You can engage with your community and create constructive action. You also can educate yourself more on topics of social justice and equity to keep his legacy alive. Here are some books that address critical issues involving the fight for equality and justice in America.

The Fight for Equal Opportunity: Blacks in America by Willie Jackson

The book begins with an introductory chapter on slavery and the Civil War, and then examines African-American leadership during both world wars, and the history of civil rights legislation in the 20th century. The book presents the history of a people who were enslaved for over 240 years, and came to have one of their own become president of the country that enslaved them, and a leader of the free world. The book does an excellent job presenting African-American history and leadership through organized and engaging chapters.

Forgotten Struggles is a thought-provoking book that reflects on how the African American community leveraged its political and social capital to secure justice and equality. It highlights the heroics of men like Jesse LeRoy Brown – the first African-American United States Navy Aviator, Asa Philip Randolph – the revered civil rights activist, and Thurgood Marshall – the brilliant legal scholar.

Throughout the book, Dr. Otis Eliot Pope Jr. tells their stories as they waged war against deeply entrenched racism and battle-hardened enemy combatants during the Korean War era. Readers will come to understand that through their perseverance and sacrifice, they injected hope and pride into a community beleaguered by unrelenting racism and bigotry. The author shows that their lives created a blueprint for future civil rights activists to combat racism in America.

Dr. Otis Eliot Pope Jr. does an extraordinary job telling this story. Through his writing, you’ll understand the profound impact of African-American leaders during such a tumultuous time of American history. Their bravery and resolve set the framework for extraordinary change and action in the future. The author is an American historian who earned his PhD in American History at Loyola University – where he focused on African-American soldiers’ experiences during the Korean War.

With perspectives from three renown authors, Shades of Privilege depicts a family history unparalleled in the Carolinas and the entire country. The book tracks the history of two African-American families who impacted society in an extraordinary manner and affected the Nation in the fight for civil rights.

In 1951, George Simkins, Jr., of Greensboro, and Anna Oleona Atkins of Winston-Salem were married. Together, they were responsible for the norm-shattering advances that generations now take for granted. Simkins was “Greensboro’s preeminent civil rights activist of the 20th century”. He rattled the white establishment, sued it, harassed it, exposed it, and won. Together, the couple went on to make extraordinary change.

Some examples of their transformative work are Greensboro schools implementing full desegregation, and challenges to the community that led businesses and organizations to install racial justice. The authors do an excellent job presenting this influential family history in an understandable manner. This is an excellent read to gain a better understanding of an incredible impactful African-American family who moved the country forward through persistence and courage.

On the Right Road to the Promised Land: From Economic Passengers to Economic Drivers by Tony Rogers

In this incredibly influential book, author Tony Rogers lays the foundation for Black America to achieve financial success and overcome history’s systemic oppression. On the Right Road to the Promised Land discusses a pertinent issue – closing the black/white wealth gap. The author presents the pressing reality that needs to be addressed – today Black Americans still find themselves distant from achieving the Promised Land. The book offers solutions to solve a problem perpetuated by years of injustice in America.

Rogers writes that, “Black America’s economic malaise is historic, chronic, systemic, and atrophied. Moving the needle on sustainable black-wealth-building requires courageous, focused and aligned strategies which can be best effectuated by three institutions on which Black America has relied throughout history, i.e., the black church, HBCUs, and government. Within these three lie the resources to get Black Americans back on the right road to the promised land.”

The book is an extremely valuable read that blends history with practical themes to offer solutions and drive change. A lot of time has passed since Martin Luther King Jr. shared his dream for Black America in 1963. Tony Rogers points out that despite everything that has transpired, there is so much that needs to be done. This is an incredibly important book to read this year as we continue to collectively strive towards Dr. King’s dream.

One thought on “Books for Martin Luther King Jr. Day”