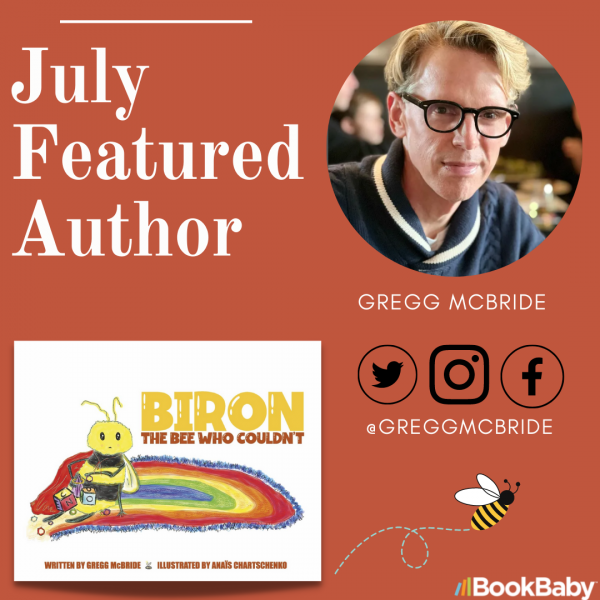 Get to know our featured author for July, Gregg McBride! Gregg is a film and television writer/producer. One of his best known works is the film A Heavenly Christmas, which premiered to the highest ratings in Hallmark Channel history. In addition to film writing, Gregg is also an author of three book, Weightless, Just Stop Eating So Much, and his newest children’s book, Biron the Bee Who Couldn’t.